While we work on improving the site, some links may not work, and some content may be missing. 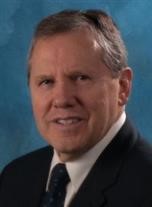 Mr. Moretti was born in Niagara Falls, New York.  He met and later married his wife Muriel while stationed in Maine with the U.S. Navy.  They have a son and a daughter and two grandkids.  Mr. Moretti received his Bachelor of Science Degree in Civil Engineering from the State University of New York at Buffalo.  He earned a Master of Business Administration Degree from Rensselaer Polytechnic Institute in Troy, New York.  He also received my Doctorate of Education Degree from Montana State University.  He served approximately 4 years duty in the United States Navy as a licensed air traffic controller.  Following the completion of his Engineering degree, Mr. Moretti began work with the Penn Central Transportation Company as a Manager Trainee.  He also served as the Deputy Health Officer for the Great Falls City/County Health Department.  He taught as an Adjunct College Professor for about 25 years at several universities and was also elected twice as a Trustee to the Great Falls Public School Board. Mr. Moretti’s career job for 34 years was with the U.S. Air Force as an Executive Engineer.  He was stationed at: Loring AFB, Maine; Plattsburgh AFB, New York; Offutt AFB, Nebraska; Hanscom AFB, Massachusetts; and, Malmstrom AFB, Montana.  He managed 500 personnel to include managers, supervisors, engineers, administrators, technicians, computer specialist, educators, environmentalist, firefighters and construction craftsmen who acquired, constructed, maintained, and operated real property facilities and utilities valued at more than $2.5B. He is very active as a volunteer and continues to serve on various boards and with organizations locally and statewide.  He is very proud to have received numerous awards and honors during his work and volunteer careers.